Every good trip has to have a name and ours is named "Trip the Light". We set off on our travels last Thursday morning, right after the Open House at my studio building in Montreal. 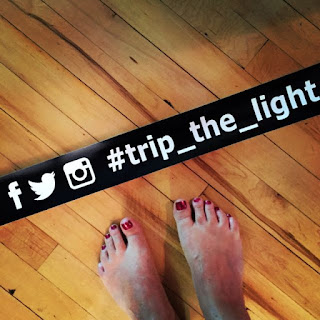 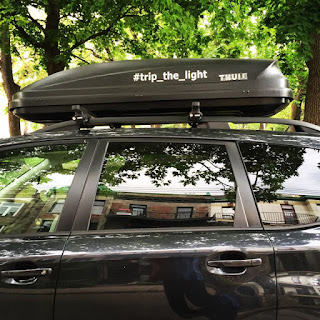 I had hoped to write daily but the wifi has been sketchy and the awe factor has been high so not much writing has happened. Here I am though, Day Four of the trip and completely saturated in awe from head to toe. I will start to tell the tale now.

The first morning there was a lot of rain, pouring down, windshield wipers flying kind of rain. By afternoon the skies cleared and everything turned lush, green and golden in the late afternoon sun.

We pulled off the beaten path at the confluence of two great rivers, the Mattawa and the Ottawa. We followed the directions down a winding dirt road until we arrived at our first airbnb of the trip. The Mongolian Yurt could not have been more charming or welcoming in the golden light of the setting sun. 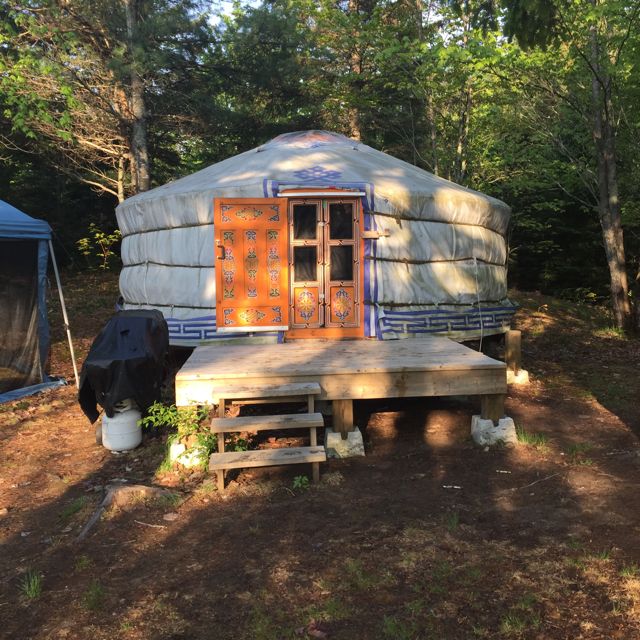 The doors and interior beams were authentically hand carved and painted creating a delightful space to escape from the 10 million black flies that attacked us instantly!
Ahhh, how does one describe black fly season in the woods of Northern Ontario....impossible.
At least we weren't camping that night. 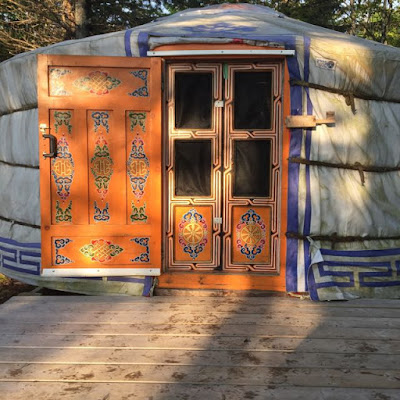 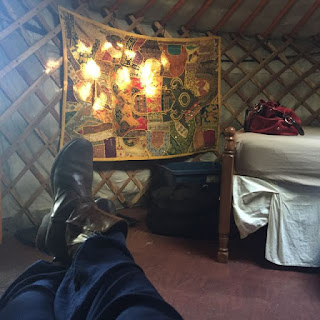 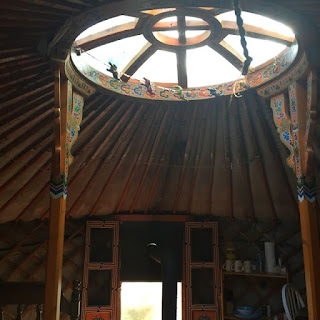 We had a picnic supper of paté and cheese that night as we listened to a symphony of birdsong welcome down the dusk.
It is the "drumming" season of the Ruffed Grouse and this rhythm also joined the chorus of birdsong. Eventually the light faded and all was still. We fell asleep to the most indcredible silence broken only by the hoot of a nearby owl. 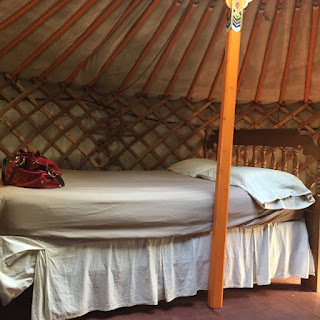 A fine beginning to our adventure of Tripping the Light.

Come and visit the studio! 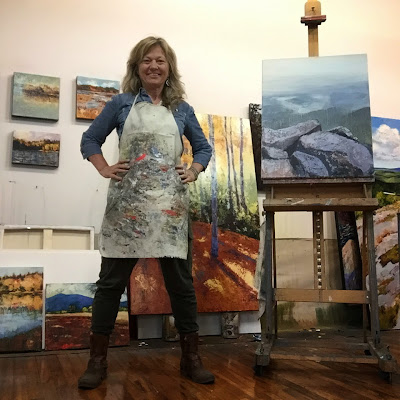 This will be the kick off to my Cross Canada & Beyond Trek
Follow #trip_the_light on social media and this blog to
travel along with me and my paintbox! 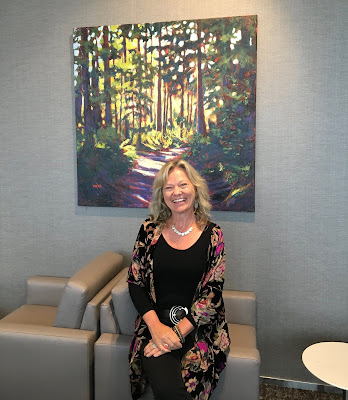